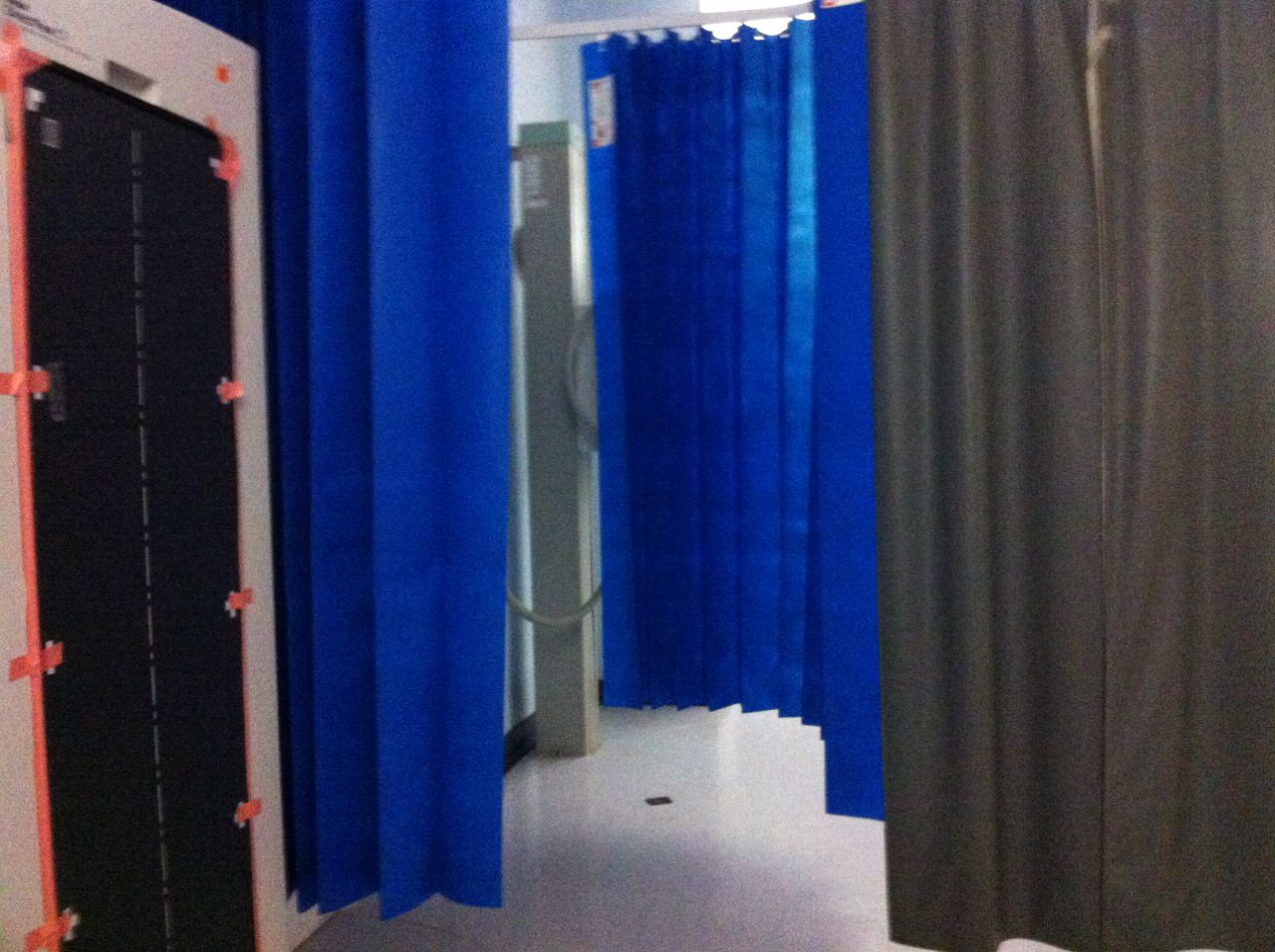 Derriford. Back to the hospital at 8am. Nil by mouth since midnight when happily I’d awoke and had a big last snack in the middle of the night in preparation for a long hungry day.  As it turned out the cocodamols I took at midday suppressed the hunger pangs as well as the back ache…

I’m given a bed and get into a gown and settle in to wait.  Various visits and checks happen. I’m seen by Annie the junior surgeon here, and others.

Eventually at 2.30pm I’m wheeled down to the operating theatre where the anaesthetist team tend to me gently and calmly and very competently. Needles and cool iciness injected into my arm. I watch the face of the anaesthetist as he pushed the plunger. I’ve been given a local in my arm and only feel slight pressure. I’m fully conscious, aware of the double doors to the op theatre which I can glimpse through the gap and briefly think of being cut open but I’m calm and in good hands I know. Then I’m gone.

Coming round I’m muzzy and floating on the bed. Green nurses move around me smiling and welcoming. I’m offered some water. There are a couple of other trolleyed patients each side going through the same.  Slowly I remember what’s happening. I’m a bit cold and am given more blankets. After 40 mins I’m recovered and wheeled back to the ward.

Propped up in bed I’m ok. Neck a bit sore but all well. At some point I’m told the op went according to plan and they took out a full lymph node and part of another for the biopsy labs. Good news!

The evening passes. I chat with one the other patients whose in for stomach cancer.  There are a couple of older guys in the room but they seem pretty out of it.

I’ve been tinkering throughout the day with Garageband and decide to make a track. It kind of works out, with no real plan but lay down a simple drum pattern and then add instruments to it.  Amazing this technology! I refine it during the evening and record a simple lyric. And I have a series of brainwaves – the name of the band is Chemohead and the Lymphettes and this first track is called ‘Crave’ simply about painkillers. I whisper the simple lyric into the mike as I’m surrounded by other patients…and filter it through a telephone effect. Sounds ok. The strings come in as the drugs take hold…

I then play with exporting the tune and end up in iMovie where I start to figure out how to import photos for the song. Titles added and wow its all kind of done!

I write a list of other song titles all related to Lymphoma and there’s the whole concept laid out. The only thing I’m not sure of is if my musical imagination can keep up with this startling start. But I like the track I’ve made and listen to it over and again. It’s like a demo and I can hear how it can be tweaked and added to.

I’m awake til 2.30 my brain whirring on what’s happening to me. Probably the chemicals I’ve had pumped in. But also an uncomfortable neck and throat and my top lip is scuffed and bruised. I can’t lie flat or on my side as it pulls my scar. I’m propped up and comfortable but can’t sleep like that. I finally take some more painkillers and get up, I have a very yellow pee.  Then I find a nurse and explain the problem. She scours the ward and the ward next door for another pillow, kind soul. The ward is quiet at night the odd groan and snore. There’s also some shouting from a side room a man disorientated and struggling. There’s a crash and the night team move in. It’s ok, but I hear him throughout the night poor man.