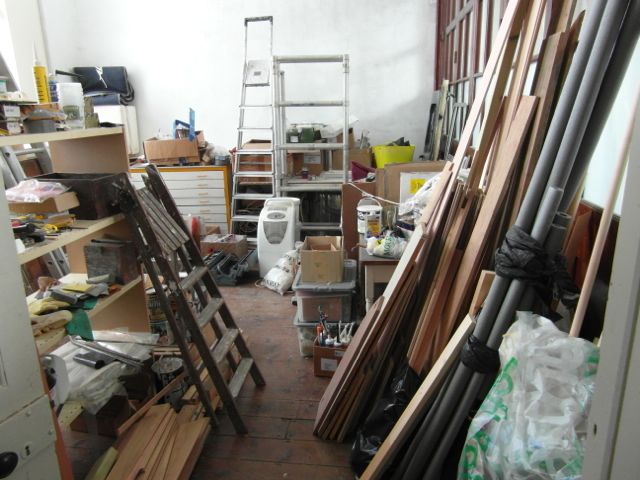 Feeling good today, no aches and pains or sickness. In fact I feel pretty energetic. Which is good because Simon is coming to help shift timber and building materials from the studio up to the barn in Gulval.

This all goes according to plan, and there’s not much to say about shifting stuff like that except that Simon is brilliant, and I noticed how much energy he has and how much faster he moves than I do, which before I don’t think I would’ve noticed so although I feel energetic it’s all a bit relative. Anyway it’s great to have cleared a bit of space in the studio and I’ll be out of sort out my tools and the bits and pieces there a bit more easily now. Thanks Simon.

We have lunch together in the garden, big plate of salad and some eggs. And when Simon leaves I get on with a bit more gardening as the sun is shining, and put some seeds in; parsley, coriander, Swiss chard and spinach. And some oregano. Food food food – its all about food!

Mid afternoon, I head up into town to call in on Keith, Martin and Susan who have taken over the empty Peasgoods chemist shop to launch the idea of the Humphrey Davy Quarter.  The idea is to define an area in Penzance at the top of Market Jew Street around the statue of Humphrey Davy which would focus on history and creativity in the town. There is a great atmosphere in there and a lot of people, a lot of fun, a lot of ideas. It’s great to see some positive energy pumping into the town.

Later in the afternoon, Charlie comes over with the theatre curtains that I’m fitting around the daybed on the mezzanine. We hang them together, and then Charlie pins up the hems and sorts out a couple of other things, and then takes them way again to sew them up. Thank you Charlie!