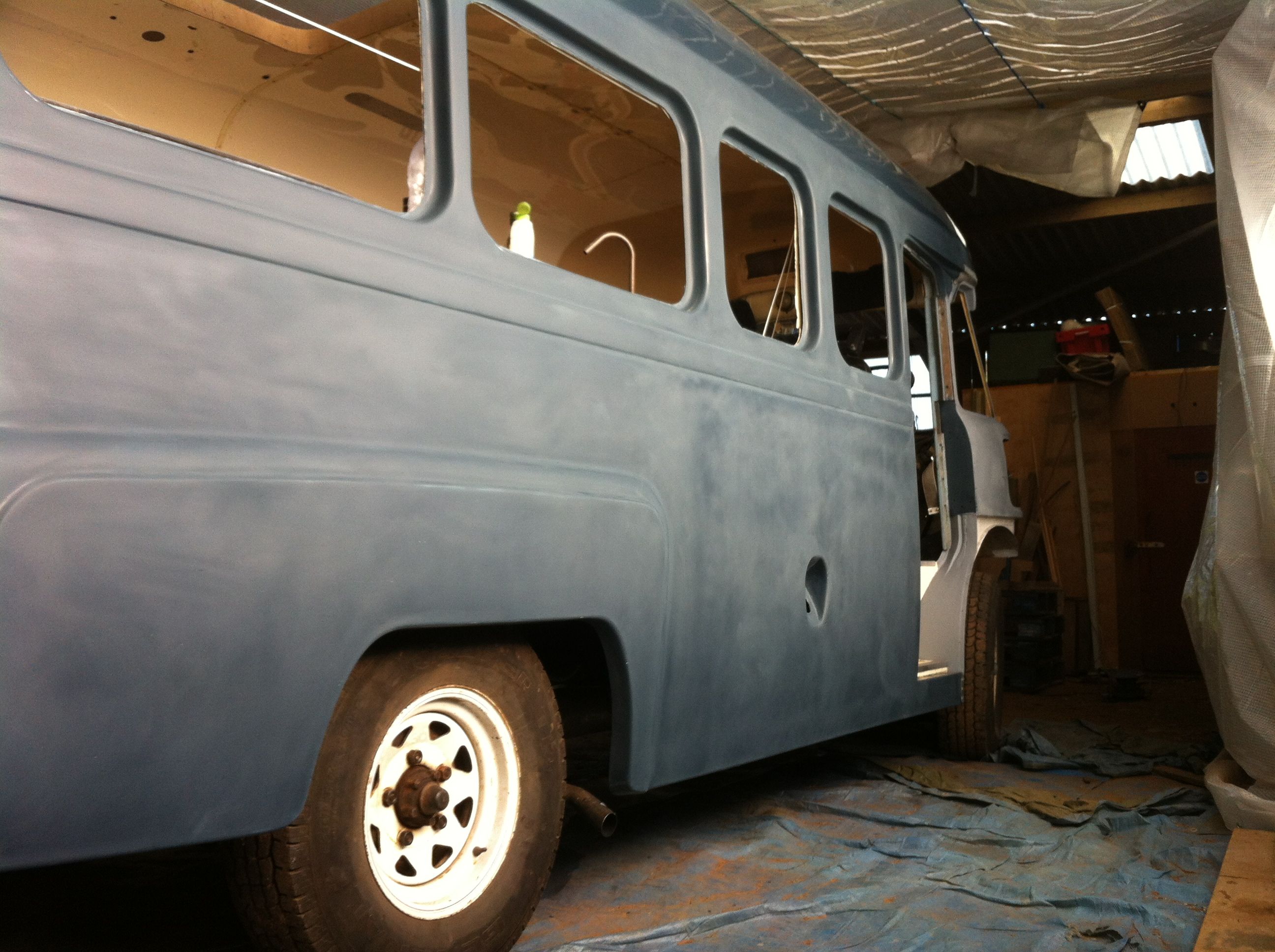 Another good nights sleep, and I’m awake feeling good. I’m obviously pumped up with steroids today and from last time would expect to feel okay, but actually I feel more than okay I feel fine.

Jane skips off before breakfast to get to work, and I’ve run out of porridge or rice flakes so make a breakfast cereal from cous cous, which is pretty good with goats milk blueberries and blackberries some yoghurt and honey.

Well I need to get some stocks in, so have a run around in Penzance, the sun is shining its a very beautiful day.

Then out in the Vitesse, first stop B&Q to buy some seed propagators and some more seeds to grow more produce in the garden. I’m not convinced that the seeds I sowed 10 days ago are going to come up, they were from very old packets so I’m starting again.

I then have an excellent afternoon working on the bus, getting undercoat on the front welding repairs, and flatting down and preparing the main body work for it
To paint. I flat down a few of the more obvious runs, but it looks pretty good considering the struggle that I’ve been having because of the poor quality of paint that I bought. That’s an old story, which I won’t repeat here (ad nauseum) but unwittingly I bought a cheaper paint having been misled by an experienced retired coach painter’s website. It’s not entirely his fault, it’s the paint manufacturers who changed the formula since he used it, but he should reference this on his website more clearly.  There are other coach paint manufacturers producing high-quality products out there and he should endorse those instead. I’m painting the bus by hand using the old coach painting technique, and it’s a bit of a challenge so you need all the help you can get from the materials. I switched paints to the other manufacturer’s product when I painted my motorbike at the end of last winter, it works like a dream, with a long open time and terrific flatting out qualities.

Anyway after a lot of agonising and research, I found some paint additives which helped the paint flow better so I’m persevering and will use up the paint I bought. The bus is going to looks fantastic anyway.

I feel good all day, just a little back ache coming on at the end, no pain killers required though. I’m home alone this evening, really enjoying my reorganised kitchen and have some music playing good and loud, Bonnie Prince Billy and finding some tracks I haven’t heard before.

But then I can’t sleep. The steroids are such a stimulant and I’m awake awake awake. I have to get up at midnight and use the time to tinker with this blog website. And finally get to sleep at 2 o’clock. Ugh.

Still, a really good day. Compared to the first days after chemo session No. 1 I have felt really good. I think I’m much more rested in myself because of the last two weeks and having finished the building works and the reorganisation and the big clean up I feel able to relax. Also, I understand the process now, and it’s much less scary. I know what to expect; the ups and downs and then ups again over the coming two weeks.

It was also encouraging to hear from Gaynor that there are two other fellows on the same clinical trial although they are not getting the new drug. But they are both responding well and managing to get on with their lives at the same time, so for me there’s really no excuse at all I would say given that the Bretuximab is supposed to reduce the burden on my body… She said that one of them is a tough removals man who claimed to have worked at 23 hour day… I expect that was the day following his chemo shots and he was completely pumped up on steroids again like me! Cool! Go man, Go!