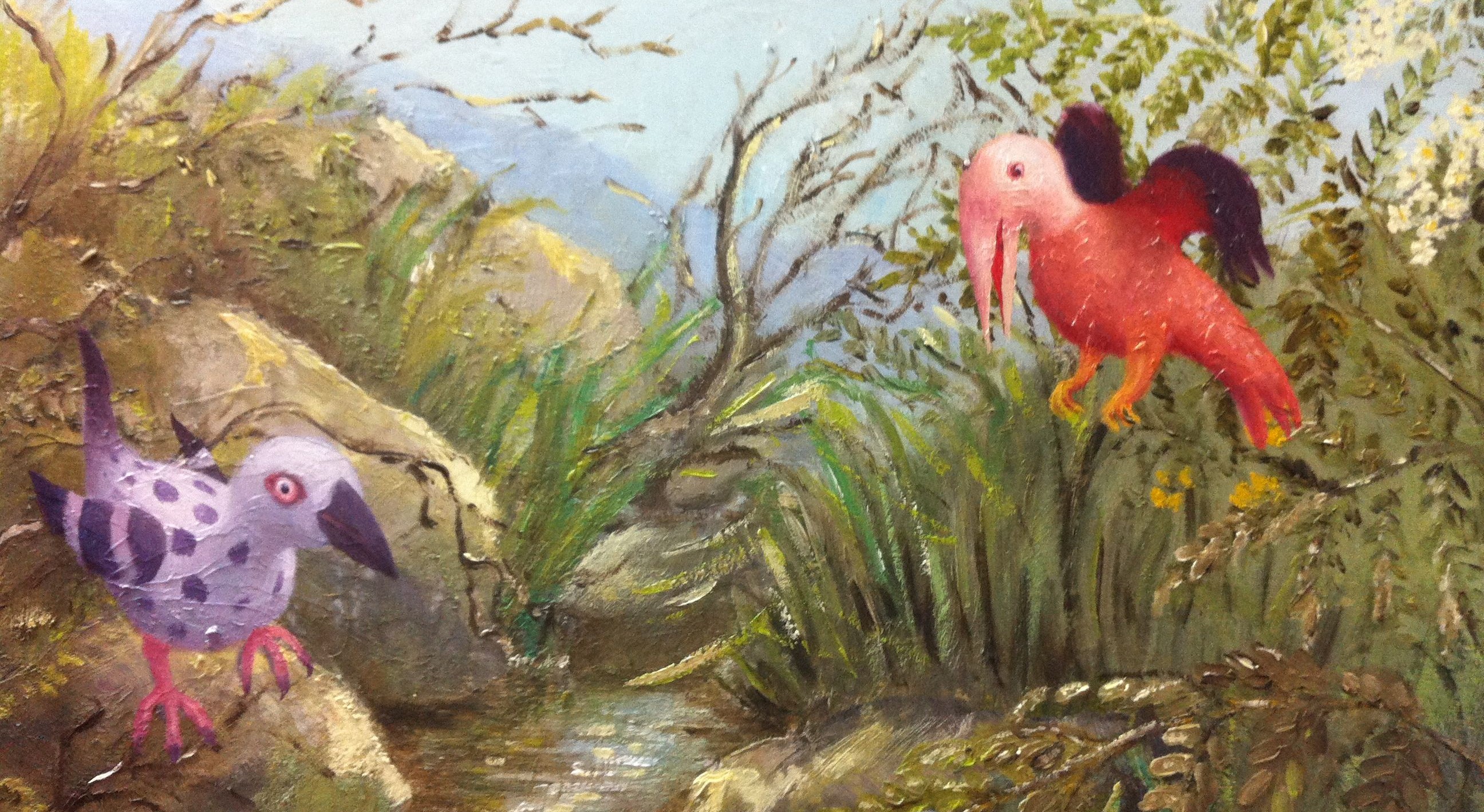 Wake up feeling battered.  Aching legs and kind of sore all over.  My eyes are stinging and there’s some urethra burning when peeing.  That’s a worry.  My temperatures normal though.  My nose runs all morning.  I wonder if I’m on the verge of some infection.  I hope not, I’m not keen to return to hospital.

KW is coming to visit from NYC via London – a lightening stopover for a night in Pz.  She arrives after lunch so I have time to clear the decks and get some supplies in.  The morning goes slowly I can’t concentrate and feel pretty rough.  I think this is worse than the previous chemo slump, but it’s just long enough to forget between sessions so I’m not sure.

I meet the train and there’s KW radiant and calm, a big smile.  She hadn’t been here for some years so there’s lots of changes to see at the studio.  Later we head out to the west side, stop in at the cafe where Alison is able to join us in a quiet spell.  KW is checking out the strange reworked paintings that Alex Smirnoff has in there and decides to buy two of them.  That’ll please him!  She’ll reframe the one with birds and add it to her private collection.  Who knows what New York art world luminaries will admire it now?

Later we take a walk down to the sea where the Atlantic rests still and gentle, and it’s mild and calm and we take off shoes and tread the granite boulders and watch the ocean.  It feels good here.

Later still we cook supper at home; coley fish fillets rolled in oats with paprika so I get a zing of taste, mashed butternut with onion and garlic, rocket cucumber and short grain brown rice.  Then KW shows me some of what she’s doing with the New Museum, introduces the idea that I should go and live in Detroit for a year, in that skeleton motor-city on the brink of dissolution, and tries to get me to get engaged with some social media – all in one short evening!  She knows the latter’s a lost cause, but actually Instagram in the hands of some artists out there looks interesting as its primarily image driven.  It’s good to be given a kick sometimes.  And there’s more – we watch the first eposide of True Detective with Woody Harrelson who I love, and Delpha had already given me a copy of it but I’d not got round to it yet, and now I’m hooked on another weird American TV drama.  Good thing I’m going to have a bit of time on my hands…