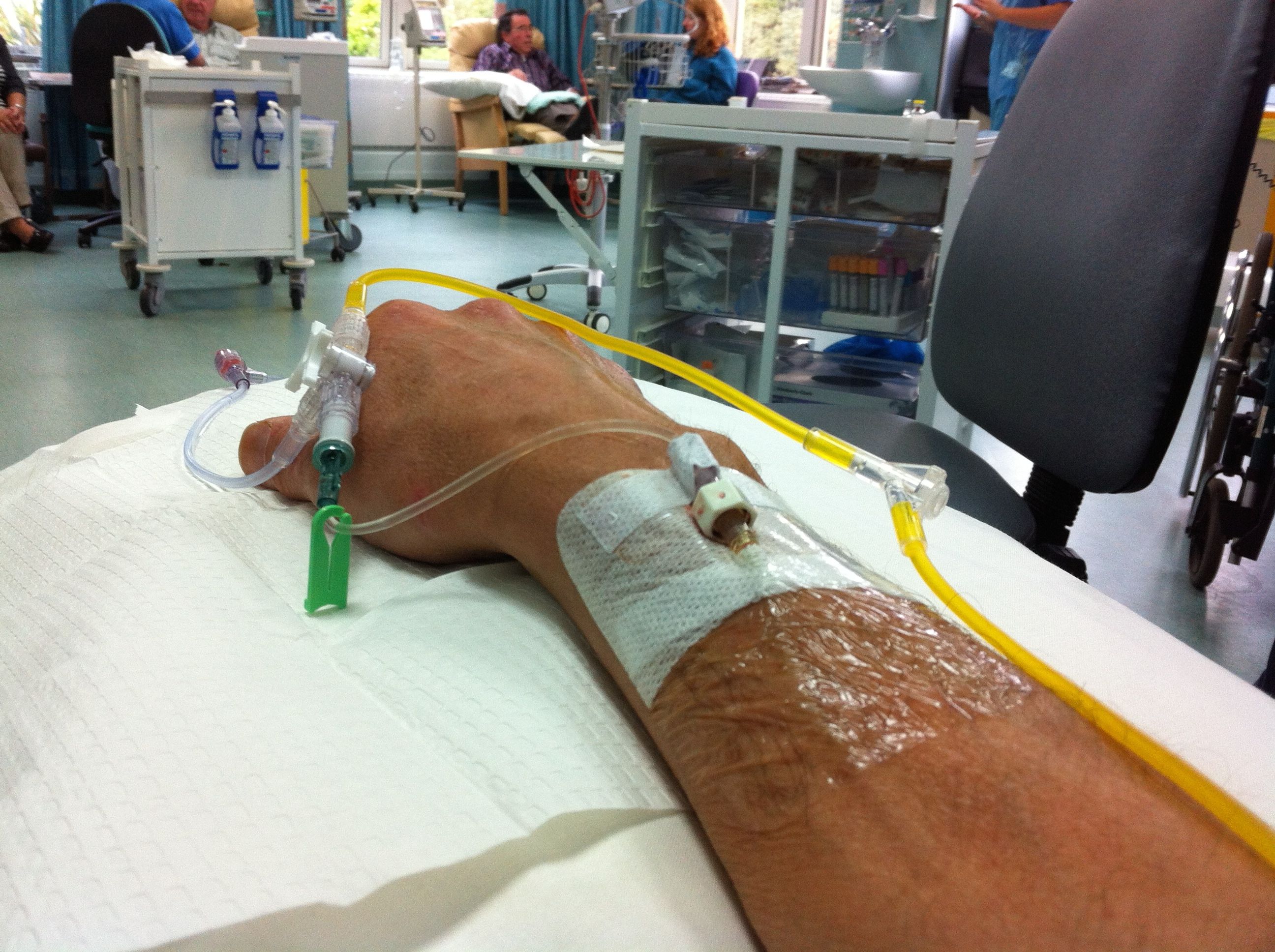 The usual routine of bloods and weighing and describing symptoms.  A chat to Caz about my email and then into Dr Kruger who has read it too.  We have a good discussion about it.  He can’t recommend reducing the course of treatment, but he checks me over carefully and then we try some simple balancing excercises and I totter a bit, and he tries out the reflexes on my knees and ankles and there just a dull thud – no involuntary kick. Not so good.  He decides to take the chemo carpet bomber drug Vinblastine out of todays cocktail treatment as this one attacks fast growing cancer cells but also the fibrils of your nerves.  That’s what causing the aches and burning and cramps and twitches and numbness in my limbs.  He thinks he’ll reduce it by 50% for the last two sessions too.

This is good news I think, but what’s disturbing is that he explains that these nervous system symptoms cantake up to two years to disappear.  I’ll have to work on that somehow – I can’t have that.

Anyway, the rest of the day passes and I sleep for a good deal of it – just exhausted.  The nurses keep calling me from far far away and I come round slowly and they’re hanging up another drip and asking me again for my name, date of birth, address and hospital number through a hazey daze.  It’s like I’ve anaesthetised myself against the whole thing.

Ali is there heroically to pick me up and we go home to mackerel and blackberry and apple and cream, and watch the 1950’s film ‘The Man in the White Suit’ on iPlayer which is pretty good and then I’m asleep deeply until 4.30am when the steroids wake me up and there’s no return after that.  But my feet are less painful and thats good.