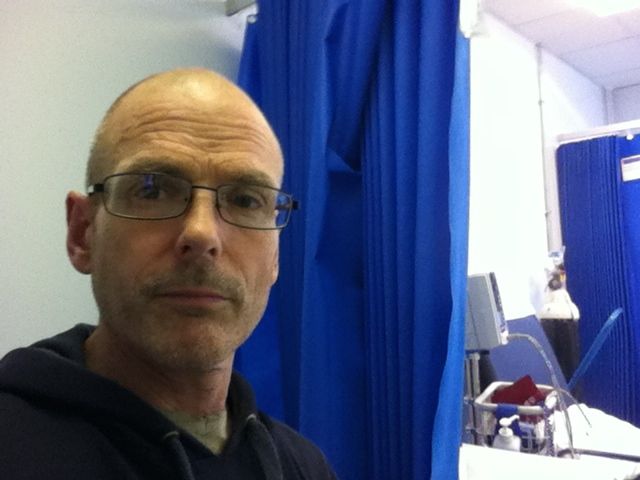 I’m back in Cornwall and up to Treliske to discuss the biopsy operation with Mr. Awan.

He has concerns about repeating the biopsy procedure he did 7 months back because he’d have to go the same route into my chest from the neck and there’s a worry about scar tissue and a stiffening of the connective tissue that holds vessels and organs together.  Instead he suggests that a needle biopsy would be less risky.

I’m happy to go with that.  I don’t want a worried surgeon poking around in there if he’s not entirely happy and there might be an alternative.  The downside of the needle biopsy is that it may not provide enough material to identify the exact cancer type, but should still give confirmation of active cancer and we already know I have Hodgkins.

Anyway, he will discuss the options this afternoon with the Thoracic Team and I’ll hear what they agree next week.

Meanwhile, I’ve had time over the last weeks to consider what seems to be happening to me.  If that glowing hot spot in my chest is progressive cancer as the radiologist report suggests then it’s a virulent and resistant strain and it will probably kill me quick – untreated in six months I’ll likely be back where I was before in April, and in 12 months I’ll be gone.  This is confirmed by Caz, my Macmillan Nurse who I see before Mr. Awan.  She also fills me in on the Stem Cell procedure.

I’ve also been giving thought to alternative therapies, but I don’t think that those alone will cure the cancer; at best would perhaps extend my life for a year or so, and would perhaps give me some sense of control and maybe help ease symptoms.  But the Stem Cell Transplant treatment offers a 50:50 chance of cure and although those odds aren’t terrific I thinks it’s worth going for, supported as best I can with good diet and supplements, detox, exercise and mindfulness. If it works then on I go.  If it doesn’t then I will be weakened and fragile and winding down.  Whether I’d volunteer for any possible experimental drug trials if the STC fails I don’t know – that’s a bridge to cross if I get there.  What I do know is that I will be loved and supported by friends and family and will not be wanting.

I’m calm.  That’s not to say that I don’t have a head in hands moment each day, or that I don’t wake in the night and groan out loud.  But I’m ok; I’m sleeping and I’m active and have plans for the future without doubt.

Simon picks me up from the hospital and we drive up to Mum and Dads – Mum’s 80th birthday celebrations! 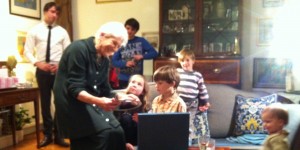